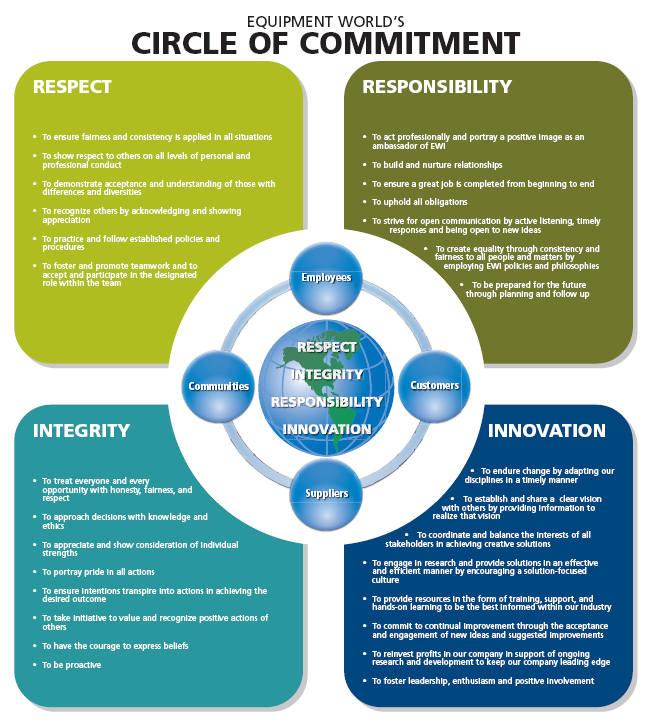 
Knudsen equipped to run, and grow the family business

Equipment World’s Lyle Knudsen is following in his father’s footsteps, but the Thunder Bay entrepreneur hasn’t been afraid to carve out new paths along the way.

“There is a theory that has been loosely attributed to Charles Darwin that I truly believe,” said Knudsen: “It is not necessarily the strong that survive, but rather those that successfully adapt to change.”

And there have been adaptations by the Knudsens since they first opened their doors in 1973. From offering a 1,500-square-foot facility, they’ve expanded to a 20,000-square-foot hub in Thunder Bay’s industrial centre, with locations in Sudbury and Sault Ste. Marie, and a mobile account management service in Timmins and North Bay. Equipment World now offers its material handling, storage and packaging services, along with training and equipment servicing, across Northern Ontario and a range of industries.

Knudsen’s father, Peter Knudsen, was born to Danish immigrants and grew up on a farm in Pass Lake, Ont., a small town about 50 kilometres northeast of Thunder Bay. When he was 15, he moved to the big city of Port Arthur, now a part of Thunder Bay, to pursue a high school education. After receiving his diploma, he worked on freighters, managed a restaurant, banked, and eventually became the manager for a local industrial supply company. In 1973, Peter decided to start his own business and he and business partner Jim Sutton opened Equipment World.

But, he had help.

“Thanks to the support and understanding of my mother, who also worked to contribute to the family and had the challenge of raising three boys, my father was able to spend many a long day working on developing his niche in the industrial marketplace,” said Lyle.

While his father built up Equipment World, Lyle was busy taking tech courses at Hammarskjold High School, playing sports and planning the next phase of his life. When he graduated, he stuck around Thunder Bay to take sales and marketing management at Confederation College. Despite the ongoing success of Equipment World, and his success in tech courses and marketing, Lyle chose to look for a career elsewhere upon graduation.

“After college I felt compelled to work somewhere other than the family business,” said Lyle.

He dove into working as a sales rep for an industrial rubber services company. But, in 1987, Equipment World branched into Sudbury and Lyle decided to join his father as a sales rep.

By 1990, he’d purchased father’s partner’s shares, and became a 50 per cent partner with his “father and mentor.”

Lyle’s early years took him on long trips, up to two weeks at a time, south down Highway 17, visiting communities to build the Sudbury-area business connections.

“It made for some long days and weeks, but it gave me a chance to truly appreciate the vast expanse of Northern Ontario. There is not a town in the North that I have not visited to knock on doors,” said Lyle.

Peter retired several years ago, and now Lyle runs the day-to-day operations at Equipment World. The younger Knudsen wakes up around 5 a.m. , heads to the gym, and sits down at his desk by 7 a.m. to review the barrage of emails awaiting him. On Mondays, he sits down with staff for a general meeting, which are “held religiously at each location,” a testament to the dedication he has to building a strong team. His days still take him out of the office, though, and he’s always visiting customer sites and building new relationships.

When Lyle heads home, the nature of a family-run business means he’s still somewhat in Equipment World mode. His professional partnership with Toyota, dealing forklifts, has become personal, and one of his prized possessions is his restored1969 Toyota FJ-40, a retro land cruiser that fits right in with his lifestyle.

Lyle and his wife Tarja spend their leisure time with their two children, close family and friends, appreciating their camp on Loon Lake and adventuring across the province.

What is Lyle excited for in the next year?

“As I say every day when someone asks, ‘How ya doin?’ Another day in paradise.”